Your Awakening Counts More Than Your Vote 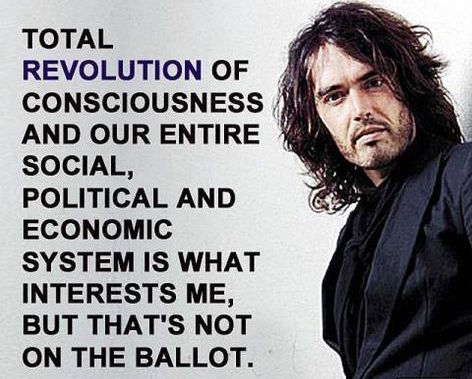 We live in a world where illusions are held in higher esteem than verifiable truth. This is no accident, as the individual has for decades now been on the receiving end of social engineering programs, advanced political and corporate propaganda, fear programming and outright mind control.

The sum total of all this mass conditioning has been to convince otherwise good-natured and hard-working people to participate in their own enslavement and to willingly acquiesce to the ever-increasing rules, invasions of privacy, taxations, permissions and control schemes of a government and world elite who have long since left public interest in the dust.

The American dream is a mythic idea that was supposedly founded on the principle that public oversight of government is possible thanks to an electoral process which would give an informed citizenry the opportunity to replace undesirable politicians with better ones. Government itself, though, is a brutish and violent force that has time and again proven absolutely wild, reckless and untamable. It has never has obeyed its own laws, policies or regulations, and world history is a bloodstained chronicle of man’s failure to control himself when given power in the form of government.

Just as you cannot stop the tides from rising and falling, you cannot stop government from decaying into tyranny, especially so by following its very own rules and by participating in its token rituals.

This is truth, yet the illusion of so-called ‘democracy’ persists, seeming to grip people ever more feverishly with each passing election season. Even in the face of overt election fraud, party infighting, delegate rigging and widespread disenfranchisement. And so here we are again, facing the embarrassing spectacle of choosing between two undesirables when we all know the game is rigged.

For the powers the be, though, the repeating four-year cycle of presidential politics is the most effective device for keeping the masses high on the illusion of self-governance. It force feeds us on a regular schedule the false narrative that we the people can vote to reign in the power and corruption of the oligarchy of deep state, private and corporate influences that truly control the direction of this nation.

In this light, the purpose of national politics is not to perpetuate self-governance for the benefit of the common person, but rather to eat up personal energy and resources in order to suck the individual into a quagmire of false hope and endless patience with outrage after outrage. It is to make ineffectual action feel like action to the people being most screwed over by the corruption of the elite.

Sure, this may sound negative, cynical or apathetic to those who are over-invested emotionally in this game, but in order to move beyond the insanity of doing the same thing again and again while expecting different results, it’s imperative to be deadly honest about how this program works to enslave us, not to free us. Once we can think beyond the peer pressure, neighbor-hating, and mindless outrage that marks each election cycle, we make ourselves available to the possibility of real change. And real change always begins from within, and never forced from without.

All of these qualities are vastly more critical to personal, community and planetary renewal than whichever new figurehead is selected to be the perceived front man of a morbidly corrupt American government.

The most effective way to change the world around you is to first focus on and create more value in yourself. This is why your awakening counts far more than your vote does.

4 Responses to Your Awakening Counts More Than Your Vote

The Mix and BIG ISMS

Into the Light Adventures

Understanding ourselves and the world we live in.