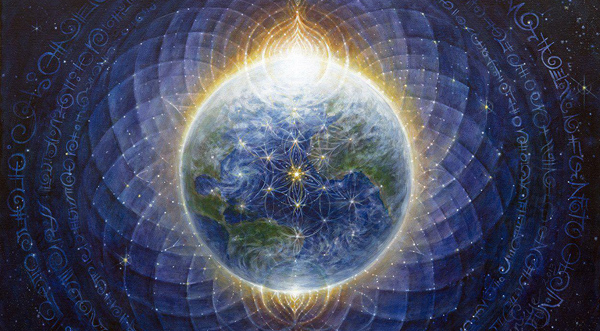 ‘It is the tragedy of our time that the average individual learns too late that the materialistic concept of life has failed utterly in every department of living.’  ~Manly P. Hall

We have entered times of incredible change, readjustment, and upheaval. There are many contrary forces pushing through our diverse societies and straining to breaking point the incumbent structures and institutions that, in many cases, are no longer functional for progress. Politics – politikos, ‘of, for, or relating to citizens’ – is in a sense the science of community. It is also an expression of the science of the soul; it reflects the state of human consciousness, and the political sphere provides a vessel for the growth and transformation of the human being. Our social communities are the incubators for the enhancement and expansion of human consciousness.

Political and social theories and practices do not exist in a philosophical and psychological vacuum. Importantly, they are related to two important factors: i) the human being’s worldview, and view of the universe, and ii) the human being’s view of himself or herself. A concept of society, government and justice always rests on the conceptions we have of the cosmos and our place in it.

The orderly medieval worldview was held together by a largely coherent religious cosmological system. This was then replaced by a scientific paradigm held together by a Cartesian-Newtonian cosmological doctrine. And yet in our modern age of scientific-psychological exploration we are witnessing the demise of this once-dominant consensus. To put it plainly, as a species we are lacking any coherent cosmological view to provide us with meaning and significance. Human consciousness is lacking a coherent and shared vision, which in turn affects how we project ourselves onto society and within socio-political discourse. C.G. Jung said that ‘Every advance in culture is psychologically an extension of consciousness.’ Likewise, an extension of human consciousness lacking coherence and meaning projects dissonance into our societies. This is why it is imperative we adopt a new map of reality that can provide us with a new cosmology and worldview that has meaning for our times. Especially as we are on the cusp of transitioning into a diverse yet hopefully unified planetary civilization.

Modern western society places little or no value upon the inner experience, thus placing no value or attention upon the need for conscious evolution, preferring to dwell within a largely economic rationalization of the world. In this worldview the human ego exalts the individual personality at the expense of compassionate relations, empathy, and connectedness. It is the ego which propels a minority of voices on the world stage to declare separatism, division, and national self interests over and above the need for international cooperation, collaboration, compassion, and understanding. It is this rhetoric which gives the opportunity for a hitherto neglected section of society to come forward through the expression of repressed anger and the unleashing of chaotic, disruptive energy. It also allows for the mindset that economic and political changes and upheavals are able to solve all problems because the source of such ills is in the objective environment rather than in the consciousness of the human being.  And yet whilst the projection of peoples’ anger and negativity onto others creates the illusion of improvement, it is actually an unhealthy mechanism that fails to address the real concern. The projection of repressed anger attaches itself to external socio-political movements and charges them with great power – this has long been the bane of human history!

That is why today we are desperately in need of a new understanding – a new map of reality – that allows us to recognize the greater truth. A truth that shows how our material reality is interconnected at the most fundamental level. It is a truth which shows how all living beings are inherently immersed within a collective field of consciousness that resonates between us. We are not separate individuals – isolated islands – but individualized expressions of a unified consciousness that embraces us all at the very core of our being. The new map of the cosmos tells us that the evolutionary trend is toward ever-greater coherence and cohesion, and not it’s opposite. It is these aspects which are conducive to a thriving, sustainable future – not the elements of division, conflict, competition, or fear.

If we are to transition into an integrative, coherent phase of human civilization we need to adopt as soon as possible the new paradigm – the new map – that comes at a time when it is most needed. Each person determines his or her conduct within the larger context of the nature of the world and the meaning of human life. We find this context through our ideas – our maps of reality. We need to share the new cosmological understanding through our institutions, our educational systems, and most importantly of all – in our human relations with one another. We are a human family, diverse and yet unified; each an expression of a cosmic oneness that seeks expression within a material reality. We are now called upon to reflect that unity, and to represent the true legacy that is the human race. Our time is now.

Kingsley L. Dennis is the author of The Phoenix Generation: A New Era of Connection, Compassion, and Consciousness. Visit him on the web at http://www.kingsleydennis.com/.