Living in Dark Times: I Revolt, Therefore I Am! 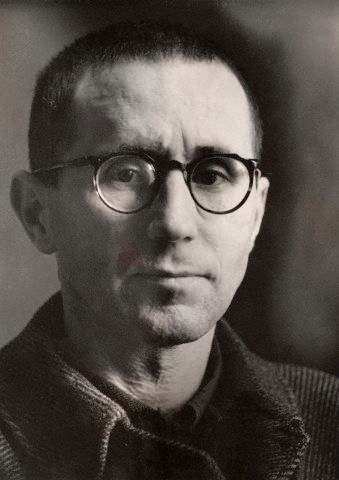 “Really, I live in dark times! The guileless word is foolish. (…) The laughing man has only not yet received the terrible news.” This is how Bertolt Brecht‘s poem “An die Nachgeborenen” (To those born later) begins; published in June 1939.

It is one of the most important texts in German exile literature. Three generations later, we are again living in dark times.

Most citizens instinctively feel that “Something is Rotten in the State of Denmark” and “Time is Out of Joint” (Shakespeare). However, a sense of authority and a mental obedience reflex prevent them from distrusting the brazen lies of politicians, scientists and the mass media and from saying no. With this behaviour they stabilise the totalitarian system.

Science has the task of leading people to knowledge. Depth psychology, for example, has found out what prevents people from using their common sense instead of handing over power to politicians. The clear-sighted free citizen will no longer obey: he will rebel against the unconstitutional Corona measures of governments as an outgrowth of the New World Order and will embrace the spirit of revolt. His highest goal is the realisation of freedom for all people. In this act of outrage, he finds himself: I revolt, therefore I am!

Science has to lead man to knowledge

The human community rightly expects science to alleviate the plight of people and to serve the protection of life. But there are hardly any independent scientists left, only academics (with university or college education) who kowtow. More and more scientists are hawking their knowledge and skills, and often their souls, to the military-industrial-media complex and Big Money. They even move so far away from their humanity that they help perfect the means for the general destruction of humanity.

This is also true of psychologists, psychotherapists and psychiatrists who could greatly enrich people’s lives. The fact that the science of psychology is still very much underestimated in our latitudes is largely due to the fact that many German psychologists of Jewish faith had to go into exile in the USA during the period of fascism. However, psychology is also eyed with suspicion because many of its representatives, while striving to help individuals, are in favour of preserving the system. They want the person seeking advice to find his way in society, to be a good and well-behaved citizen.

In war, the state hires psychologists so that the soldier stays in line and does not run away. And if the soldier’s mind falls ill on the battlefield, he is picked up by the psychologist on home leave and prepared again so that he continues to defend the fatherland at the risk of his life. Nowadays, psychologists give dubious advice to young and old alike on how to get through their anxieties, depressions and fits of despair due to the politically imposed Corona measures in reasonably good health. The betrayal of one’s own professional ethics is pushing humanity into misery. (1)

What joy, on the other hand, when one learns that a judge in Germany has already filed a 190-page constitutional complaint with the supreme court in December 2020 because of the drastic Corona measures imposed by the federal and state governments, because it is high time to “stabilise our liberal-democratic legal order again”. (2) Or that a professor from Tübingen is leaving the German Academy of Sciences and Literature Mainz, a sister organisation of the National Academy of Sciences “Leopoldina”, which advises the German government. His reason for leaving reads:

“I want to serve a science that is committed to fact-based honesty, balanced transparency and comprehensive humanity.” (3)

First comes the feeling, then the action!

It is very difficult to get a person to move directly for a humane, peaceful and free society. Unconscious fears and inner psychological blocks prevent him from thinking rationally. When he becomes aware of this with the help of an experienced and compassionate psychologist or psychotherapist, he can begin to “have the mind free and cast off all timidity” (Rabelais).

This person can listen to the other person when he is given new information and one draws his attention. He can then also think his own thoughts and begin to change, to take action. For this to happen, however, his deep soul feeling, his emotional life, must be addressed. The insight of scientific depth psychology is: First comes the feeling, then the action!

For this reason, it is counterproductive and hurtful to discriminate against fearful and obedient fellow citizens as “complete idiots” or “ducking mice”. Such an assessment shows that one does not know their deeper motives. Therefore, all conceivable motivations for obedience and fearful silence must be explored – especially authoritarian and religious upbringing in the parental home and school as well as the influence of society. (4)

Often it is the very personal accounts of those affected that speak to people deep down, stir them up and make them think. A positive example is the heartbreaking story of colleague Peter König, which was published on 27 December 2020 in the Canadian online platform “Global Research” (www.globalresearch.ca): “Death by Ventilator – A Personal Story – for the World to Know.” (5)

I revolt, therefore I am!

The clear-sighted human being who has become conscious of himself, who knows himself to be the master of his destiny, can really do nothing else but rebel against the conditions of the present social order, to commit himself to the spirit of revolt. The form of life that corresponds to this is that of permanent indignation.

In 1952, the French writer, philosopher, critic of religion and winner of the Nobel Prize for Literature Albert Camus (1913-1960) published the book “L’homme révolté” (Man in Revolt). Camus’ thinking culminates in the call to revolt in the sense of an incessant struggle for a higher degree of freedom. To take note of the absurdity of the world is to revolt against it. In this act of revolt, man would find himself – in a variation of Descartes‘ formula: “I revolt, therefore I am!

This person wants neither earthly promises nor reassurances about the hereafter. The announcement of a future kingdom of God on earth or in heaven is indifferent to him. In both cases one had to wait, and during this time the innocent did not stop dying. The working masses, tired of suffering and dying, would be people without God. Man’s place in the revolt would be at their side.

For free man and his revolt in the name of human right and human dignity, there would be no higher goal than the realisation of freedom for all – and that immediately and not via the “diversions” of a dictatorship, as the revolutionary demanded.

1 Response to Living in Dark Times: I Revolt, Therefore I Am!