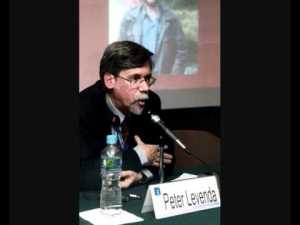 Peter Levenda is best known as the author of the Sinister Forces series, a seminal trilogy on the occult history of the United States. He’s also the alleged author of the Simon Necronomicon. Like Robert Anton Wilson (with a more historical and sociological bent), Levenda is able to draw connections between a wide range of fascinating but seemingly disparate topics and consistently digs up mindblowing information that could leave readers questioning their understanding of reality. Throughout the year he’s been doing a larger than usual number of podcast interviews in part to promote his latest book The Hitler Legacy: The Nazi Cult in Diaspora, How it was Organized, How it was Funded, and Why it remains a Threat to Global Security in the Age of Terrorism. Fans of his writing will likely enjoy all the following podcasts which highlight different aspects of his work. Those new to Levenda might want to start with the Higherside Chats interview which provides an expansive yet concise overview of his research.

12/17/15: The Higherside Chats (Sinister Forces, Occult History and The Nine)

8/7/15: Dreamland (w/ Joseph Farrell on the Dark Energies of the Modern World)

4/18/15: Auticulture (on culture, religion, the occult, and geopolitics among other topics)