PG&E: Monopoly Power and Disasters by the Rich 1% 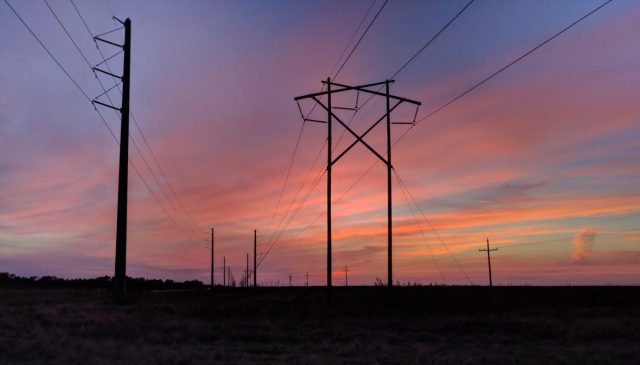 By Peter Phillips and Tim Ogburn

The Pacific Gas and Electric Company (PG&E) has diverted over $100 million from safety and maintenance programs to executive compensation at the same time it has caused an average of more than one fire a day for the past six years killing over 100 people.

PG&E is the largest privately held public utility in the United States. A new research report shows that 91% of PG&E stocks are held by huge international investment management firms, including BlackRock and Vanguard Group. PG&E is an ideal investment for global capital management firms with monopoly control over five million households paying $16 billion for gas and electric in California. The California Public Utility Commission (PUC) has allowed an annual return up to 11%.

Between 2006 and the end of 2017, PG&E made $13.5 billion in net profits. Over those years, they paid nearly $10 billion in dividends to shareholders, but found little money to maintain safety on their electricity lines. Drought turned PG&E’s service area into a tinderbox at the same time money was diverted from maintenance to investor profits.

A 2013 Liberty Consulting report showed that 60% of PG&E’s power lines were at risk of failure due to obsolete equipment and 75% of the lines lacked in-line grounding. Between 2008 and 2015, the CPUC found PG&E late on thousands of repair violations. A 2012 report further revealed that PG&E illegally diverted $100 million from safety to executive compensation and bonuses over a 15-year period.

PG&E has caused over 1,500 fires in the past six years. PG&E electrical equipment has sparked more than a fire a day on average since 2014—more than 400 in 2018—including wildfires that killed more than 100 people.

In November, 2018, the PG&E caused Camp fire burned 153,336 acres, killing 86 people, and destroying 18,804 homes, business, and structures. The towns of Paradise and Concow were mostly obliterated. Overall damage was estimated at $16.5 billion.

PG&E has caused some $50 billion in damages from massive fires started by their failed power lines. They filed bankruptcy in January 2019 to try to shelter their assets. PG&E’s 529 million shares went from a high of $70 per share in in 2017 to a low of $3.55 in 2019. Shares are currently trading at $10.55 with zero returns.  At this point PG&E actually owes more in damages then the net worth of the company.

The new PG&E management took widespread aggressive action during the fire-season of 2019 shutting down electric power to over 2.5 million people statewide. Nonetheless, a high voltage power line malfunctioned in Sonoma county lead to the Kincade fire that burned 77,758 acres destroying 374 structures, and forced the evacuation 190,000 Sonoma county residents. Estimated damages from this fire are $10.6 billion.

Only three of the new fourteen directors live in PG&E’s service area (four if we count the newly appointed CEO from Tennessee). One board member lives the LA area. The remainder of the board live outside California, including three from Texas, two from the mid-west and the remaining four from New York or east coast states. Pending PG&E Bankruptcy court approval, new directors are slated to receive $400,000 each in annual compensation.

Ten of the new 2020 directors have direct current links with capital investment management firms. The remainder have shown proven loyalty experience on behalf of capital utility investors making the entire PG&E board a solid united group of capital investment protectors, whose primary objective is to return PG&E stock values to pre-2017 highs with a 11% return on investment. They claim that wide-spread blackouts will be needed for up to ten years.

All fourteen PG&E board members are in the upper levels of the 1% richest in the world. As millionaires with elite university educations, the PG&E board holds little empathy for the millions of Californians living paycheck to paycheck burdened with some of the highest utility bills in the country. PG&E shuts off gas and electric to over 250,000 families annually for late payments.

The PG&E 2020 board is in service to transnational investment capital. This creates a perfect storm for the continuing transfer of capital from the 99% to the richest 1% in the world, all with uncertain  blackouts, serious environmental damage, widespread fires, with multiple deaths and injuries.

We need to liquidate PG&E for the criminal damages it has afflicted on California. The “PG&E solution” is to manage PG&E democratically on the basis of human need, rather than private profit. It is time to take a stand for a publicly owned California Gas and Electric Company as the way to reverse the transfer of wealth to the global 1% and provide Californians with safe, low-cost and more renewable energy. All power to the people!

For the full report with all PG&E board names see:  www.projectcensored.org/pge

Tim Ogburn, 20-year manager for the California EPA; founder and co-chair of the Environmental Industry Coalition of the United States in Washington, D.C.; published in numerous technical and trade journals regarding public/private partnerships; International Environmental Technology consultant in India, Philippines, Malaysia, Thailand, Egypt, and Israel; Consultant to USAID, US Department of Commerce, U.S. State Department; and has given Congressional Presentations on the environmental technology industry before Congress.

As Northern California communities tally the toll of disastrous fires and repeated power shutoffs,Peter Phillips and Tim Ogburn say it’s time to replace the investor-owned Pacific Gas & Electric Co.with a public power authority. They say the recent installation of a new board of directors at PG&Ewon’t solve the problems, because the new directors, like their predecessors, represent the global one-percent,not the utility’s customers.