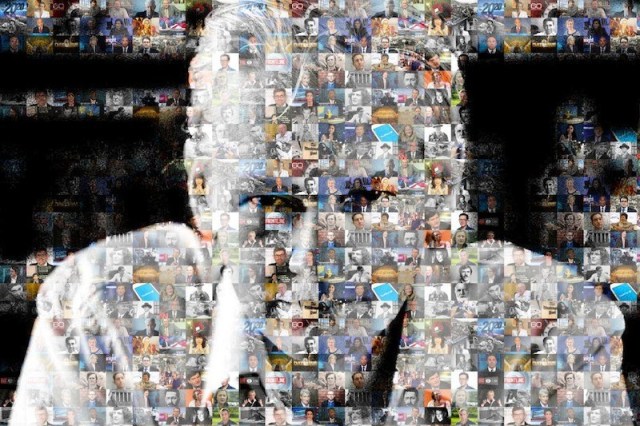 The Australian Federal Police have conducted two raids on journalists and seized documents in purportedly unrelated incidents in the span of just two days.

Yesterday the AFP raided the home of News Corp Australia journalist Annika Smethurst, seeking information related to her investigative report last year which exposed the fact that the Australian government has been discussing the possibility of giving itself unprecedented powers to spy on its own citizens. Today they raided the Sydney headquarters of the Australian Broadcasting Corp, seizing information related to a 2017 investigative report on possible war crimes committed by Australian forces in Afghanistan.

In a third, also ostensibly unrelated incident, another Australian reporter disclosed yesterday that the Department of Home Affairs has initiated an investigation of his reporting on a story about asylum seeker boats which could lead to an AFP criminal case, saying he’s being pressured to disclose his source.

“Why has AFP suddenly decided to carry out these two raids after the election?” tweeted Australian Sky News political editor David Speers during the Sydney raid. “Did new evidence really just emerge in both the Annika Smethurst and ABC stories?!”

“If these raids unconnected, as AFP reportedly said, it’s an extraordinary coincidence,” tweeted The Conversation chief political correspondent Michelle Grattan. “AFP needs to explain ASAP the timing so long after the stories. It can’t be that inefficient! Must be some explanation – which makes the ‘unconnected’ claim even more odd.”

It is true that the AFP has formally denied that there was any connection between the two raids, and it is in fact difficult to imagine how the two could be connected apart from their sharing a common theme of exposing malfeasance that the government wanted kept secret. If it is true that they are unconnected, then what changed? What in the world could have changed to spark this sudden escalation of the Australian government’s assault on the free press?

Well, if as I suggested recently you don’t think in terms of separate, individual nations, it’s not hard to think of at least one thing that’s changed.

The Assange Effect is now taking hold throughout the US-centralized empire. #auspol

“The criminalization and crack down on national security journalism is spreading like a virus,” WikiLeaks tweeted today in response to the ABC raid. “The Assange precedent is already having effect. Journalists must unite and remember that courage is also contagious.”

“The arrest and espionage charges against Assange was just the beginning, as many in the media, even those who hate Assange, feared,”  tweeted Consortium News editor-in-chief Joe Lauria in response to the News Corp raid. “The home of a mainstream Australian journalist was raided Wed. morning by police because of a story she worked on.”

“Shameful news from Australia as the police raid journalists’ offices and homes,” tweeted legendary Australian journalist John Pilger. “One warrant allows them to ‘add, copy, delete or alter’ computer files at the ABC. The assault on Julian Assange was a clear warning to all of us: it was only the beginning.”

If you think about it, it would have been far less disturbing than the alternative if there were a connection between the two raids, because the alternative is vastly more sinister: that the Australian government’s attitude toward the free press has changed. And that it has perhaps done so, as Australia has been doing for decades, in alignment with the behavior of the rest of the US-centralized empire.

In an article for Consortium News titled “After Assange’s Espionage Act Indictment, Police Move Against More Journalists for Publishing Classified Material”, Joe Lauria reminds us that Australia is not the first nation within the western power alliance to see such an escalation since the paradigm-shifting imprisonment of Julian Assange in the UK.

“Police in Paris arrested two journalists who were covering Yellow Vest protests on April 20,” Lauria writes.  “One of the journalists, Alexis Kraland, said he was taken into custody after refusing to be searched and to turn his camera over to police at Gare du Nord train station. The largest journalism union in France demanded an explanation from police.”

“And on May 10 in San Francisco, police using sledgehammers to break down the door, raided the home of Bryan Carmody, a freelance journalist, to get him, while handcuffed, to reveal his source who leaked him a police report into the sudden death the city’s elected public defender,” Lauria added. “Police took away computers, cameras, mobile phones and notes.”

So we’re seeing a pattern already. You can choose to ignore it or dismiss it with a pleasant story, or you can acknowledge that we appear to be in the midst of a rapidly escalating shutdown of the free press in the western world.

There does not necessarily have to be any centrally-planned conspiracy behind this trend; it can simply be the natural result of an ailing empire seeing that it’s going to need a lot more war, lies and deception in order to keep from collapsing, and responding accordingly. Once the Assange line was crossed, it could simply have served as a precedent for the other governments within the empire to begin doing things they’d already wanted to do anyway.

FIRST THEY CAME FOR ASSANGE…

To cover up war crimes! https://t.co/vgU6OKQIrT

Julian Assange is the dot of a question mark at the end of a historically important question which we are all being asked right now. That question reads as follows: Does humanity wish to create a society that is based on truth and holds power to account, or does it want the exact opposite?

So far, the general consensus answer to that question has been going somewhere along the lines of “We’re actually fine with a headlong plunge into Orwellian dystopia, thanks.” But as the implications of that answer become clearer and clearer, we may yet see some stirrings in the other direction before it is too late.