Any Third Party Vote is a Vote for Hillary Clinton 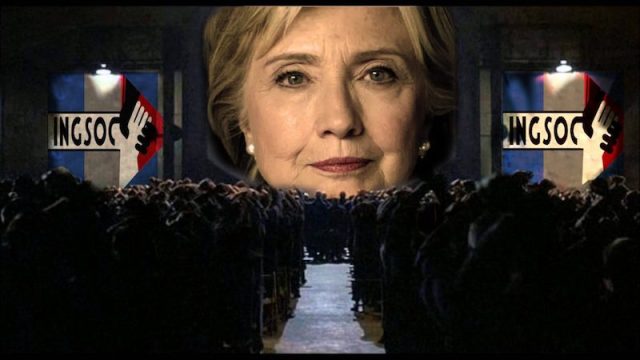 Buddy boy, don’t you get it? This isn’t the year to cast a “protest” vote. If you don’t vote for Trump, you’re really voting for Hillary.

Listen, kid, you just don’t know how all this works, do you? I know you pretty much think neither Clinton2 nor the Trumpster should be controlling the White House joy stick. Am I right or am I right?

You don’t want to vote for someone who helped bomb the shit out of the Middle East or somebody who you don’t know if they’ll blow up the whole world either. The Big H has the track record as a killer and Trumpy only has the potential. Right?

Listen, pally, is it the American way to convict somebody of a crime even before they commit it? Or do we only punish those who’ve already voted to kill hundreds of thousands of Iraqi women?

Well, so far Mr. Trump has only been stupid talk.

Exactamundo! Only ridiculous chatter. You know whatever he says is meaningless. You also know that he knows he’s bullshitting. It’s a game to him. On the other hand Clinton2 pretends it isn’t a game. He lies and winks. She lies and pretends it’s the Lord’s own truth.

I don’t know about that.

Of course you do, kiddo. You’re for Medicare for All, right? Well, the Trumpster has been for that. At one time or another. The Hillary wants to keep that Obamacare farce going.

Kid, you know this isn’t an election where you can vote for a minority party. This might be the most critical election ever. You know you don’t want that Hillary in office.

She does support the death penalty when she feels like it. And she likes fracking too.

My brother, look at what they did to your Bernie.

You’re right about that. But the Republicans aren’t any better.

Now that even the Bush family is voting for Hillary Clinton, I mean, what more can I say? Do you support the whole Bush agenda? Don’t you think the first thing Clinton2 will do is give Jeb! a cabinet position? You don’t think Papa Bush said he was voting Democrat for the first time in his life without getting something in return? This is still politics, buddy boy. Imagine Jeb! as Secretary of State.

True. There must have been some sort of deal there.

Citizen, at least the Trumpster is straight about being corrupt.

That’s sort of the reason I’m thinking of voting for a third party candidate.

Patriotic American, wait until after the election and mobilize then. Trump can be reined in by a unified Democratic Congress. Remember the most important thing is to keep a war monger like Hillary Clinton out of the White House. It’s the known evil versus the unknown evil.

You’ve given me a lot to think about. Fortunately, there’s a little time left.

Pal of mine, just remember, any third party vote is a vote for Hillary Clinton to be the next President of these United States. And you know nobody wants that to happen.