What “Normal” Are We Returning To? The Depression Nobody Dares Acknowledge 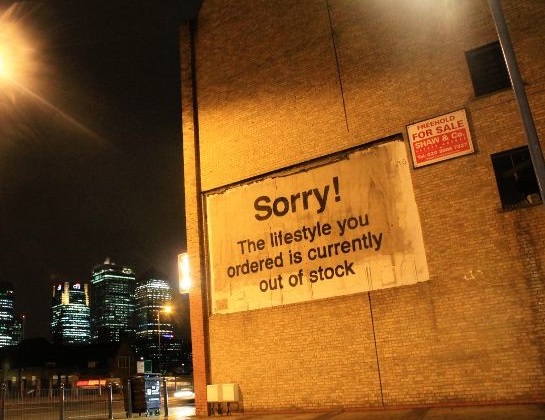 Perhaps we need an honest national dialog about declining expectations, rising inequality, social depression and the failure of the status quo.

Even as the chirpy happy-talk of a return to normal floods the airwaves, what nobody dares acknowledge is that “normal” for a rising number of Americans is the social depression of downward mobility and social defeat.

Downward mobility is not a new trend–it’s simply accelerating. As this RAND Corporation report documents, ( Trends in Income From 1975 to 2018) $50 trillion in earnings has been transferred to the Financial Aristocracy from the bottom 90% of American households over the past 45 years.

Time magazine’s article on the report is remarkably direct: The Top 1% of Americans Have Taken $50 Trillion From the Bottom 90% — And That’s Made the U.S. Less Secure.

“The $50 trillion transfer of wealth the RAND report documents has occurred entirely within the American economy, not between it and its trading partners. No, this upward redistribution of income, wealth, and power wasn’t inevitable; it was a choice–a direct result of the trickle-down policies we chose to implement since 1975.

We chose to cut taxes on billionaires and to deregulate the financial industry. We chose to allow CEOs to manipulate share prices through stock buybacks, and to lavishly reward themselves with the proceeds. We chose to permit giant corporations, through mergers and acquisitions, to accumulate the vast monopoly power necessary to dictate both prices charged and wages paid. We chose to erode the minimum wage and the overtime threshold and the bargaining power of labor. For four decades, we chose to elect political leaders who put the material interests of the rich and powerful above those of the American people.”

I’ve been digging into downward mobility and social depression for years: Are You Really Middle Class?

The reality is that the middle class has been reduced to the sliver just below the top 5%–if we use the standards of the prosperous 1960s as a baseline.

The downward mobility isn’t just financial–it’s a decline in political power, control of one’s work and ownership of income-producing assets. This article reminds us of what the middle class once represented: What Middle Class? How bourgeois America is getting recast as a proletariat.

Downward mobility excels in creating and distributing what I term social defeat: In my lexicon, social defeat is the spectrum of anxiety, insecurity, chronic stress, fear and powerlessness that accompanies declining financial security and social status.

1. High expectations of endlessly rising prosperity instilled as a birthright no longer align with economy reality.

2. Part-time and unemployed people are marginalized, not just financially but socially.

3. Widening income/wealth disparity as those in the top 10% pull away from the bottom 90%.

4. A systemic decline in social/economic mobility as it becomes increasingly difficult to move from dependence on the state or one’s parents to financial independence.

5. A widening disconnect between higher education and employment: a college/university degree no longer guarantees a stable, good-paying job.

6. A failure in the Status Quo institutions and mainstream media to recognize social depression as a reality.

7. A systemic failure of imagination within state and private-sector institutions on how to address social depression issues.

8. The abandonment of middle class aspirations: young people no longer aspire to (or cannot afford) consumerist status symbols such as luxury autos or conventional homeownership.

9. A generational abandonment of marriage, families and independent households as these are no longer affordable to those with part-time or unstable employment.

10. A loss of hope in the young generations as a result of the above conditions.

The rising tide of collective anger arising from social depression is visible in many places: road rage, violent street clashes between groups seething for a fight, the destruction of friendships for holding “incorrect” ideological views, and so on.

A coarsening of the entire social order is increasingly visible: The Age of Rudeness.

Depressive thoughts (and the emotions they generate) tend to be self-reinforcing, and this is why it’s so difficult to break out of depression once in its grip.

The article The American Dream Is Killing Us does a good job of explaining how our failure to obtain the expected rewards of “doing all the right things” (getting a college degree, working hard, etc.) breeds resentment and despair.

Since we did the “right things,” the system “should” deliver the financial rewards and security we expected. This systemic failure to deliver the promised rewards is eroding the social contract and social cohesion. Fewer and fewer people have a stake in the system.

We are increasingly angry at the system, but we reserve some anger for ourselves, because the mass-media trumpets how well the economy is doing and how some people are doing extremely well. Naturally, we wonder, why them and not us? The failure is thus internalized.

One response to this sense that the system no longer works as advertised is to seek the relative comfort of echo chambers–places we can go to hear confirmation that this systemic stagnation is the opposing ideological camp’s fault.

Part of the American Exceptionalism we hear so much about is a can-do optimism: set your mind to it and everything is possible.

The failure to prosper as anticipated is generating a range of negative emotions that are “un-American”: complaining that you didn’t get a high-paying secure job despite having a college degree (or advanced degree) sounds like sour-grapes: the message is you didn’t work hard enough, you didn’t get the right diploma, etc.

It can’t be the system that’s failed, right? I discuss this in my book Why Our Status Quo Failed and Is Beyond Reform: the top 10% who are benefiting mightily dominate politics and the media, and their assumption is: the system is working great for me, so it must be working great for everyone. This implicit narrative carries an implicit accusation that any failure is the fault of the individual, not the system.

The inability to express our despair and anger generates depression. Some people will redouble their efforts, others will seek to lay the blame on “the other” (some external group) and others will give up. What few people will do is look at the sources of systemic injustice and inequality.

Perhaps we need an honest national dialog about declining expectations, rising inequality and the failure of the status quo that avoids polarization and the internalization trap (i.e. it’s your own fault you’re not well-off).

We need to value honesty above fake happy-talk. Once we can speak honestly, there will be a foundation for optimism.