The Economy Continues To Unravel Despite All Stimulus Measures 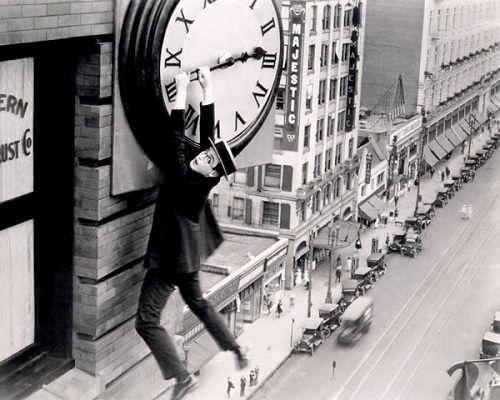 Since the pandemic lockdowns were first implemented in the US I have been more concerned with the government and central bank response than the virus itself. As I have noted in past articles, the pandemic restrictions and subsequent economic and social crisis events they help to create will cause far more deaths than Covid-19 ever will. Not only that, but the actions of the Federal Reserve continue to con the American public into believing that there is some kind of “plan” to stop the crash that THEY engineered.

The only agenda of the Fed is to increase the pain in the long term; they have no intention of actually preventing any disaster.

This is evidenced in comments by voting members of the Fed, including Neel Kashkari who recently argued for the enforcement of hard lockdowns for at least six weeks in the US, all because the US savings rate was going up. Meaning, because Americans are saving more in order to protect themselves from economic fallout, Kashkari thinks we should be punished with an economic shutdown that would force us to spend whatever we have been able to save.

Do you see how that works?

Fed members and government officials demand hard lockdowns, depleting public savings and destroying small businesses. Then, the public has to beg the Fed and the government for more and more stimulus measures so that they can survive. The people and the system become dependent on a single point of support – fiat money creation and welfare. Yet, the evidence suggests that this strategy is failing to do much of anything except stall the inevitable for a very short time.

If the goal was really to reduce the pain of the pandemic as much as possible, then the strategy should be to keep the economy as open as possible and let the virus run its course.  By initiating lockdowns, all we are doing is extending the economic damage over the span of years instead of months.  We can deal with the comparatively minimal deaths associated with the virus; we cannot handle the disaster that is about to befall the financial system.

The small business sector appears to be the most fragile element of the economy right now. The PPP loans that were supposed to shore up small businesses failed miserably, with data showing only 13% to 19% of applicants getting a loan of any kind. Over 64% of small businesses that received a loan are also worried about being approved for loan forgiveness. In other words, of the few small business owners that got a PPP loan more than half do not have the ability to pay the loan back if they end up not qualifying for exemption.

This problem does not seem to be affecting the corporate sector, however. International companies are enjoying incredible cash infusions from the Fed through overnight loans as well as Fed stimulus propping up stock markets (at least for now). Tech companies in particular are enjoying a rush of investment as the assumption in the daytrading world is that the central bank will not allow these companies to fail.

Maybe they are right, but stock markets today DO NOT reflect the health of our system in any way. Stock tickers are a placebo, a Pavlovian trigger for the public, a tool to make people believe that the situation is improving merely because share values are going up. This is not the case.

Small businesses in the US account for around 50% of all employment and job creation. They are a vital part of the economy. Yet, government and central bank measures seem to have left them out in the cold to die.

To be sure, the $600 weekly unemployment enhancement created through the CARES Act passed in March did boost consumer spending, primarily on durable goods such as computers, TVs, cellphones, etc. Spending on services declined though, which is where the majority of small businesses make their money. And, considering the fact that most durable goods are manufactured overseas, this means that the majority of stimulus dollars that went to consumers did not go into the US economy, but foreign exporters like China.

Now, the unemployment enhancement has ended and its return is in question. It will be interesting to see if the boost to purchases of goods will continue without that extra $600 weekly stimulus. Consumer spending rose in July by 1.9%, but this was already a weak print compared to the increases during the previous two months.

Unemployment numbers have declined due to soft reopenings in numerous states, and at the very least some part time jobs appear to be returning, but nowhere near the level needed to erase the millions of jobs lost since February after the initial lockdowns began. If you count U-6 measurements and unemployed people who have been removed from the rolls for being jobless for too long, the REAL unemployment rate is closer to 30% of working age Americans. This is essentially Great Depression levels of joblessness.

US GDP has continued to decline by 32% according to the Bureau of Economic Analysis (despite statistical rigging by the Fed and government agencies), and while it’s possible that stimulus slowed the effects of GDP loss, there is no indication what the trillions of dollars created by the Fed have actually bought other than a few months of time and a massive bubble in the stock market.

The economy cannot survive extreme lockdown conditions for any length of time, let alone almost two more months. And, if you want to know what it means when elites in government and central banking call for a “hard lockdowns”, just look at Level 4 restrictions in places like Australia and New Zealand, where only one person can leave home at any given time, can only travel 3 miles from home and only for food and supplies, and anyone caught not wearing a mask is subject to arrest or a $10,000 fine.

This mother in Melbourne, Australia was arrested because of a Facebook post calling for protests over the lockdown restrictions.  She later had to take the post down and offered an apology, saying she did not know it was illegal to post such statements on social media:

Yeah, this kind of Orwellian response will do wonders for any economic recovery, and this is what Kashkari is calling for in the US.  It’s almost as if the Fed and certain politicians WANT a financial collapse in America…

The REAL solution is to stop the lockdown restrictions altogether. If the goal is truly to protect as many American lives as possible for the “greater good”, then the pandemic response must stop. Luckily, it seems that more and more people are beginning to see through the facade and are rejecting the restrictions. Even in Europe and Australia there have been some signs of protest and rebellion. The problem is that, at least in terms of the economy, it may be too late.

We have to consider the fact that once a large portion of the business sector (like small businesses) takes a massive hit like the one they have suffered over the past several months, many such businesses and jobs will simply not come back. There are many reasons for this, but primarily it’s a matter of debt. The average small business owner carries almost $200,000 in debt for 3-5 years before he reaches profitability or breaks even. This is assuming that there are no major economic catastrophes in that time.

With the pandemic, the riots, the restrictions, etc., businesses will have to take on much more debt with little guarantee of recovery in the next few years let alone the next few months.  Chapter 11 business bankruptcies in the US rose over 26% in the first half of 2020 alone.

Even if lockdown restrictions were completely eradicated tomorrow, a large number of businesses would go bankrupt anyway.  The “Retail Apocalypse” has been growing over the past decade, LONG before the coronavirus was on issue.  Thousands of businesses shut down last year and tens of thousands more are slated to close this year.   The virus and lockdowns simply accelerated the existing decline.

This is why large banks are cutting off loans to business owners and consumers right now; they know exactly where all this is headed.

Banks act as middlemen for the PPP loans financed by the Fed, yet those loans are not getting to most businesses. Banks have also cut credit card lending in the past few months, and general lending has crashed. All of this despite low interest rates for banks receiving stimulus injections from the Fed. Where is all of the money going? They are keeping it for themselves, buying up hard assets as well as propping up the stock market. As noted above, the elites have NO INTENTION of saving the economy, only themselves.

If the stimulus is not getting to the main-street economy then the only purpose it serves is to give the public a false sense of comfort.  The people who gain the most from the ongoing pandemic chaos are establishment elites that want severe restrictions on personal liberty.  Not to mention, the virus and lockdowns offer a convenient scapegoat for the financial crisis that was already brewing due to central bank mismanagement of stimulus, inflation and interest rates. The bottom line is, the banks do not want the crisis to end.  Why would they?  The longer the panic continues, the more they benefit.