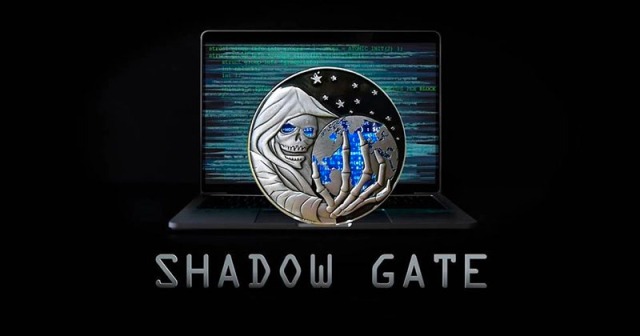 Who is Millie Weaver, why was she arrested ahead of ‘Shadow Gate’ release? Internet helps raise $13K of $20K

In a shocking piece of news, investigative reporter Millie Weaver and her husband were arrested at their home. The arrest comes in the wake of her documentary release on the topic of the US “shadow government” which was all set to be screened on YouTube as she had teased in her last tweet. While there seems to be no confirmation as to why she was taken by the officers, a string of speculative theories seem to have popped up on social media.

Born on February 6, 1991, in San Bernardino, California, United States, Weaver was an aspiring actress and singer who went on to be a political activist and reporter. She is a mother to a four-year-old son and a nine-month-old daughter, as per a report from YHStars.com. Not just that, the same report says that the 29-year-old was named as one Newsmax’s “30 Most Influential Republicans Under 30.”

On August 11, 2020, she posted the trailer with the caption: “The ObamaGate scandal only scratches the surface. This may the biggest whistleblowing event to date. Official Trailer – Shadow Gate.” After the shocking news, the tweet went viral with over 7,000 retweets and 8,000 likes in a few hours. The narration in the trailer says, “Both parties are equally guilty in what should turn out to be an even bigger scandal. Shadow Gate the tactical and operational role the shadow government played behind the scenes carrying out the coup against President Trump.” The trailer also detailed that the documentary would detail who the real puppetmasters and string-pullers are.

As per a USSA News report, her documentary ‘Shadow Gate’ was all set to tell the tale of two whistleblowers who claim that a secretive network of government and military insiders have ‘backdoor’ access to intelligence agencies and information on elite personalities including politicians which would be used to blackmail powerful people. Not just that, the film was also set to show how military psychological warfare programs are used against people through mainstream corporate media and social media.

According to the same report, one of the whistleblowers in the film named Tore was recently suspended by Twitter. When reporter Spiro Skouras tried getting in touch with the Portage County Sheriff’s Office, they confirmed Weaver is in their custody and said that she was served a secret indictment. Currently, she is being charged for tampering with evidence, obstruction of justice, and domestic violence. As per the Sheriff’s Office, she is being held without bond and will remain in custody over the weekend until she appears before a judge on Monday morning, August 17.

The news first surfaced on Twitter when Weaver posted a video of officers knocking her door and announcing her arrest in front of crying children. When she asked the reason, she was told that a “Grand Jury indicted her for burglary”. The one-minute 50-second clip soon made its way to Twitter and was posted by several social media users.

Cassandra Fairbanks shared a fundraiser on Twitter and tried to seek help from people for her release. The GoFundMe page reads: “Millie Weaver, the popular independent journalist, was arrested today in a shocking raid. No information is publicly available, and in cell phone footage of the arrest, Millie repeatedly asks what the arrest is for, with police providing no answers. Whatever the case, we know Millie will need financial help — to pay for a lawyer and other expenses.”

It further adds: “I have just spoken with a work colleague of Millie, and with her friend Tore, who have given me their approval to launch this fundraiser. They confirm that it will not conflict with any other actions to help Millie. All proceeds will be transferred to Millie or her designate as soon as she’s out of custody.” At the time of writing, $13,880 has been raised of $20,000 goal and in an update, the organizer Ezra Levant posted: “I have been in touch with Millie’s friend Tore about connecting with legal counsel. I won’t disclose anything confidential, but it is my goal to help support any legal effort, including (if applicable) paying bail.”

Wild theories started to spiral out of nowhere, many of which said that she was arrested for allegedly obtaining leaked government documents. However, there is no confirmed report or news and MEA World Wide cannot independently verify these claims or allegations.