Saturday Matinee: Forget Everything You Have Ever Seen: The World of Santa Sangre 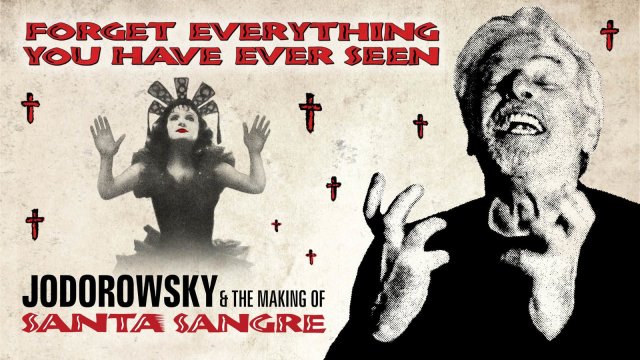 In the 1970s, his legendary films El Topo and The Holy Mountain redefined movies as both art and entertainment while changing the face of cinema forever. In 1989, after his dream project Dune fell apart and a resultant decade-long break from cinema, visionary filmmaker Alejandro Jodorowsky returned with his most triumphant work: SANTA SANGRE.  Forget Everything You Have Ever Seen is a feature-length documentary on the making of Santa Sangre featuring interviews with the cast and crew.

This entry was posted in Art, culture, Film, Saturday Matinee, Video and tagged Alejandro Jodorowsky, Documentary Film, Forget Everything You Have Ever Seen: The World Of Santa Sangre, Santa Sangre. Bookmark the permalink.