Jeffrey Epstein Out in the Open 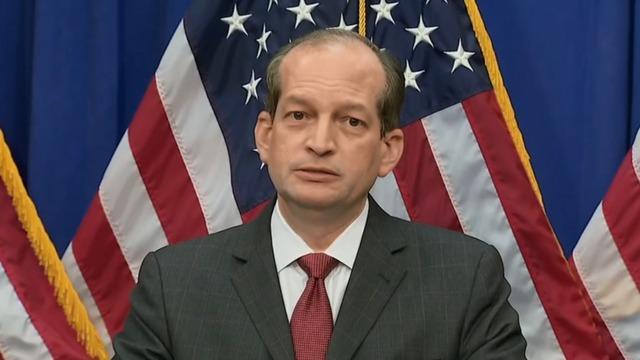 NOTE: This article concerns the reporting of Vicky Ward. I’m not automatically assuming her key point is factual, especially since it relies on an unnamed source, who is telling her about a private meeting which the source apparently did not attend. If, however, we assume the key point is accurate…

In my previous piece on Epstein, I cited two articles outside the mainstream, which make a case for Epstein acting as an agent for intelligence services—Mossad/CIA. Obviously, his work would have involved gathering blackmail evidence on powerful men, who had sex with his underage girls. The value of this evidence, to Epstein’s handlers, would be enormous as a means of controlling those men…

I realize many people aren’t satisfied unless they see something in print from a more mainstream source. So let’s try the Daily Beast (7/9/19) and writer Vicky Ward, who has had an extensive career as a reporter and editor (Vanity Fair, NY Post, HuffPost, etc.)

In her Daily Beast article, “Jeffrey Epstein’s Sick Story Played Out for Years in Plain Sight,” Ward attempts to shed light on a moment in time when a strange twist occurred in the Epstein saga. It involved Alexander Acosta.

Alexander Acosta served as Trump’s Labor Secretary from April 28, 2017, to July 19, 2019, when he resigned. In his former job, as US Attorney for the Southern District of Florida, Acosta made the shocking 2007-2008 sweetheart plea deal with Epstein, canceling any effort to convict him for sex trafficking of minors, and reducing the charge to solicitation of a 14-year-old girl. Epstein pled guilty and received a mild slap on the wrist.

Vicky Ward writes: “Epstein’s name, I was told, had been raised by the Trump transition team when Alexander Acosta, the former U.S. attorney in Miami who’d infamously cut Epstein a non-prosecution plea deal back in 2007, was being interviewed for the job of labor secretary…”

“’Is the Epstein case going to cause a problem [for confirmation hearings]?’ Acosta had been asked. Acosta had explained, breezily, apparently, that back in the day he’d had just one meeting on the Epstein case. He’d cut the non-prosecution deal with one of Epstein’s attorneys because he had ‘been told’ to back off, that Epstein was above his pay grade. ‘I was told Epstein “belonged to intelligence” and to leave it alone,’ he told his interviewers in the Trump transition, who evidently thought that was a sufficient answer and went ahead and hired Acosta. (The Labor Department had no comment when asked about this.)”

If all this is true, the word came down the line: Epstein had protection coming from intelligence agency players; and he, Acosta, dutifully knuckled under and made the phony plea deal with Epstein. In a blockbuster federal case for widespread sex trafficking. A case that was receiving wall to wall press coverage. But none of that mattered to Acosta, the hell with blowback, contrasted against the intelligence agency clout shielding Jeffrey Epstein.

If Vicky Ward’s source on this is correct, it’s quite possible it wasn’t just Acosta who was cowed and played ball with the higher power. The Trump transition team, who blithely accepted Acosta’s astonishing comment, also could have been following the same marching orders. The Trump team purposely chose Acosta for his new shiny job, as Labor Secretary, because they were told to reward him for his “outstanding work” in the Epstein case.

The transition team could have easily made a list of 20 people who could fill the role of Labor Secretary. But they picked out the man who gave astounding cover to Epstein.

1 Response to Jeffrey Epstein Out in the Open