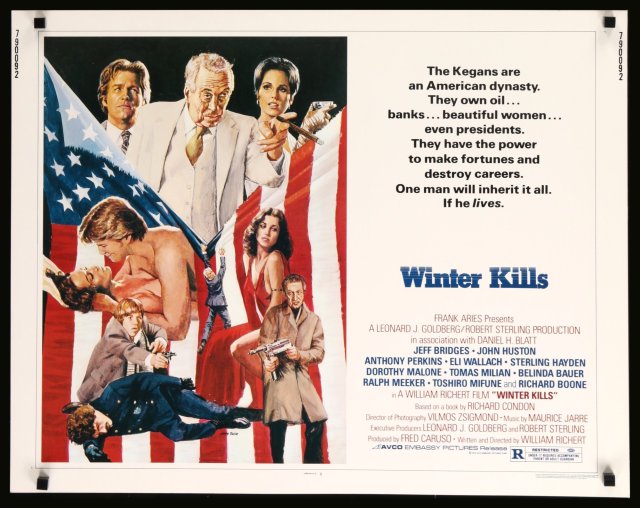 “Winter Kills” (1979) is a darkly humorous conspiracy thriller directed by William Richert and based on the novel of the same name by Richard Condon. The plot follows a fictional version of the JFK assassination (president Kegan in the film) and the efforts of his half-brother (played by Jeff Bridges) to uncover the convoluted conspiracy behind it. Other cast members include John Huston, Anthony Perkins, Eli Wallach, Richard Boone, Toshirō Mifune, Sterling Hayden, Dorothy Malone, Belinda Bauer, Ralph Meeker, Elizabeth Taylor, Berry Berenson and Susan Walden. The majority of the film was photographed by cinematographer Vilmos Zsigmond (Close Encounters) and the production designer was Robert F. Boyle (North by Northwest). Winter Kills was initially a box office bomb but has since become a cult classic.