Bust the Trust: Now is the Time to Break Up Amazon 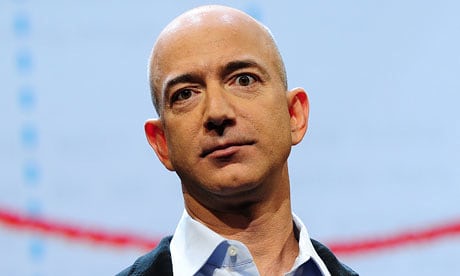 By Andy Laties with additional reporting by Sander Hicks

Standing at the cash register at an Upper West Side independent bookstore I used to run, I once noted the frequent passage of cars painted all over with Amazon’s “And You’re Done” logo. These same-day delivery vehicles were Amazon’s way of pushing back against the resurgence of New York City independent bookselling in progress. Soon, the cars were joined by a Columbus Circle location of the Amazon Books chain. That brick-and-mortar store gave lie to Amazon’s long-standing rhetoric that physical bookstores were doomed.

I have competed with Amazon for twenty years. A couple years ago, we indies were finally winning. 2015 was a great year. More independent stores were opening than closing: Books Are Magic, Greenlight, Word Up, Stories, Archestratus Books & Foods, Astoria Bookshop and Quimby’s. New locations for Book Culture, McNally Jackson, WORD and Books of Wonder were in the works. That trend was mirrored nationally. While our numbers had fallen from 4,000 to 1,500, between 1995 and 2005, now we were pushing 2,000 bookstores again.

Why do indy bookstores matter so much? Well, here’s one way to put it, from the writer Ocean Vuong, “The way I see it, whenever someone walks into a bookstore, they are walking into the future of their cultural and intellectual life. A bookseller collaborates with who you are in order to show you a way forward towards more of yourself, a way you might not have known existed for you–but is still entirely your own. Amazon, with its algorithms, can only show you where you’ve been, can only give you the calcified mirror of your past. In a bookstore, you get a human being who is also a mapmaker of possibility.”

A PEOPLE’S HISTORY OF AMAZON

Amazon itself had started as a New York City project. But retailers don’t collect sales tax on out-of-state shipments. So when hedge fund boy wonder Jeff Bezos rounded up his one million in in start-up capital, he left New York City behind. He launched his company in the lightly-populated Washington State. Bezos planned a national mail-order operation that wouldn’t have to collect sales tax in any other state, especially populous New York and California. Thus, most customers would enjoy a six percent or more cost reduction on each sale.

We indie businesses fought together for twenty years to force Amazon to collect sales tax. And we won. I’m proud of what we fierce indies did to force Amazon to pay sales tax. These taxes fund public services like Medicaid and the local fire department. But Amazon had evolved during the battle, and like that strangling kudzu vine you thought you killed last Fall, it grew back even bigger in the Spring. Instead of dying, Amazon turned into that monster plant from Little Shop of Horrors.

After our victories at the state and national levels, there was no longer any reason for Bezos to base his company in Seattle. That’s one reason Amazon is expanding with a big new HQ2 planned for Crystal City, VA. They recently planned to come back to New York City, but chickened out due to the public criticisms about Amazon’s lucrative tax breaks.

Ten years ago, Amazon used to be an innovative book-seller online. Today, They work for CIA, NSA, they help do facial recognition for ICE. They are bidding to create a “new brain” for the Pentagon, in the little-known “JEDI” program. With Jeff Bezos’s ownership of the Washington Post, they are simultaneously powerful DC lobbyists, defense contractors, spies, and a leading DC media vehicle. Amazon is one juggernaut of unbridled corporate and war-making power.

Amazon developed its Amazon Web Services (AWS), the highly profitable, cloud-hosting division, out of the software and hardware infrastructure that runs its online retail operation. Recent headlines tell the tale of how Amazon monetized AWS. Technology Review reported, “Amazon is the Invisible Backbone Behind ICE’s Immigration Crackdown” And Business Insider let us know that “Amazon is Launching a ‘Secret’ Cloud Service for the CIA.” “‘Alexa, Drop a Bomb’: Amazon Wants in on US Warfare” reveals the plans between Amazon and the Pengaton, for the new JEDI program, as reported by Truthout.

The new Amazon wants to become a leading merchant of death, specializing in robotic drones, while moonlighting as web host for ICE and CIA. Its planned “Washington D.C. footprint” is just across the highway from the Pentagon. The failed effort to come into Queens was offering “twenty-five-thousand jobs.” But who can count how many jobs Amazon has killed, and how many retail stores have closed, due to Amazon artificially lowering prices? (A recent article in Yale Law School journal makes the case that Amazon might be on the road to being a monopoly, since it artificially lowers prices to kill competition.) Amazon promises to add jobs in NYC, but recently committed to making those jobs non-union. Workers at Amazon warehouses complain of onerous conditions at low wages, in which bathroom breaks are rare, and workers sometimes have to urinate into plastic bottles.

Amazon is super convenient. It’s true. But Amazon’s retail customers will feel angst and regret once they learn their dollars pay for robotic drone warfare and racial profiling of immigrants.

Recently, the American Booksellers Association reported that Amazon could be a monopoly. They control 75% of all online retail bookselling, the way that Standard Oil controlled the oil industry, before it was broken up as a monopoly, in 1911.

Let’s resist this new version of the Amazon monopoly. Amazon is an arms dealer and corporate spy. Let’s advocate that the Federal Trade Commission dismember the Amazon octopus. Let’s support a movement that is fired up to do “trust-busting.”

For our safety, it’s time to break up Amazon.

Andrew Laties is the author of Rebel Bookseller: Why Indie Businesses Stand for Everything You Want to Fight For, from Free Speech to Buying Local to Building Communities. He currently co-owns Book and Puppet Company, in Easton, Pennsylvania.