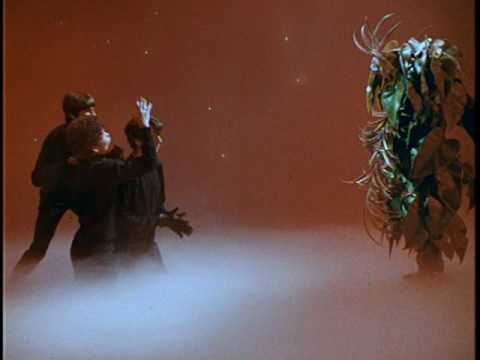 “The Frodis Caper” (aka Mijacogeo) was the final episode of the music/comedy series The Monkees, and originally aired on March 25th, 1968. Directed and co-written by Mickey Dolenz, the plot focuses on the Monkees’ efforts to thwart a conspiracy by the Wizard Glick (Rip Taylor) to control the minds of the masses via television hypnosis with the aid of an alien Frodis plant. Besides the episode’s thinly veiled critiques of mass media, The Frodis Caper is notable for its’ overt psychedelic references, anti-war Monkees song Zor and Zam, and a transcendent solo acoustic performance of Song of the Siren by Tim Buckley ( a song which was later popularized by an arguably superior version performed by Elizabeth Fraser).

3 Responses to Saturday Matinee: The Monkees (The Frodis Caper)