Follow the trail of facts, hints, and allegations—connect the dots

Posted on September 28, 2015 by Luther Blissett 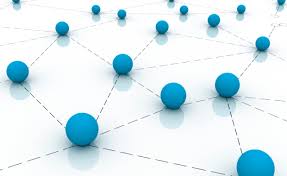 “There were incidents and accidents/there were hints and allegations.”—Paul Simon

Suppose we could for a while calm those fears and concentrate long enough to trace through the dim glimmerings of a faded pattern a clarifying story that would jolt us into an awareness that could change our lives and society. I offer here an arc of history that you may consider tedious. Try patience. I could yell, I could scream, I could try all the classical argumentation and logic that comes “naturally” to me. I could be a wise guy, amuse you, try to provoke you, curse, sing a song, stomp my feet—even write post-modern gibberish. As Andre Vltchek says, it’s hard—I’m putting it nicely—to get through, to have an impact that counts. We desperately want to believe in a world where we really are children and BIG Daddy (apologies to Burl Ives) has told the truth. Obviously I have reached some stern conclusions, but I think the conclusions follow from the facts. See what you think.

It should be clear from this small portion of events over the years that there is a connecting link, that there is a bloody thread running through them connecting key players and the obvious ongoing presence of a secret structure that recruits its team to maintain this oppressive system. To see it should be gutsy child’s play. It is not an issue of either/or; we can’t explain how we have come to this terrifying situation of rule by a murderous, militarized national security apparatus serving the wealthy elites by concentrating on either individuals or structures. People such as Barack Obama, the Bushes, et al don’t emerge from thin air (though in Obama’s case it seems that way, and some have speculated on his CIA links). These people grow out of a system that has cultivated and nurtured them. They become spokesmen for the secretive and powerful monied forces some call the Deep State. (The scholar Peter Dale Scott sees a hidden link between the JFK assassination, Watergate, Iran-Contra, and 9/11.) Spokesmen, yes, but executive spokesmen; they are not innocent victims; they are free executioners. People and ongoing structures are intertwined. Individuals count, but so do structures. We are now living within a structure of non-stop and almost total propaganda that individuals, with the help of alternative structures of communication such as alternative media, can penetrate and understand, but only if they are willing to trudge through history that will allow for context and the connecting of dots. In the end, it takes desire and work. Many individuals concluding alike can lead to change. Connect and be outraged.

The psychiatrist Allen Wheelis once wrote a brilliant little book, called How People Change. His “childish” conclusion was that they change because they want to. Simple but true.

Edward Curtin is a sociologist and writer who teaches at Massachusetts College of Liberal Arts and has published widely.