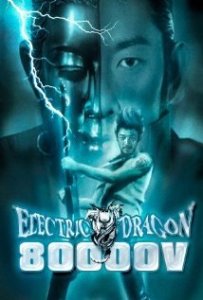 “Electrict Dragon 80,000 V” (2001) Is a hyperkinetic experimental film directed by Sogo Ishii, whose noise-punk band Mach 1.67 provided the soundtrack. Tadanobu Asano stars as Dragon Morrison, a reptile whisperer with the ability to channel electricity who confronts Thunderbolt Buddha, a TV repairman/vigilante with similar electric powers. Deciding there’s only room in the city for one electric powered superhero, they have an epic showdown on the rooftops of Tokyo. As Augustine Joyce, the YouTuber who uploaded the film accurately noted: “One of the most rocknroll movies of all times. Surreal, Bizarre and Unique… Seems this is a Cult Film.”