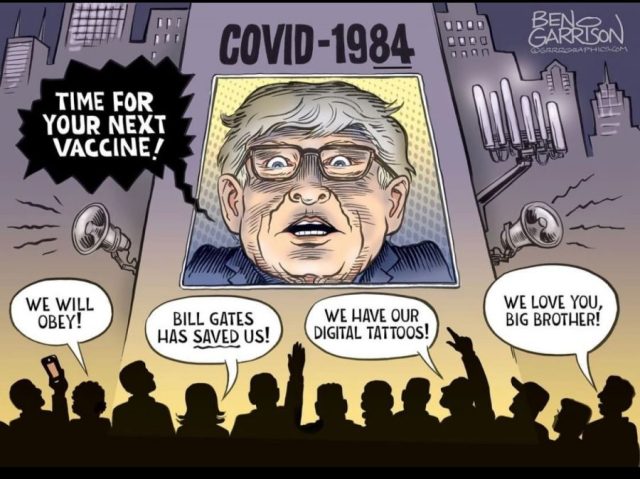 Are they heading for elimination altogether in the West and elsewhere?

Is the US land of opportunity/land of the free and home of the brave a distant memory?

Eroding for years, life as once known in the US and West are on a fast track for elimination if not challenged to halt what’s underway.

Seasonal flu/influenza that occurs annually with no mass hysteria fear-mongering, house arrest by lockdowns and quarantines, face masks that harm health instead of protecting it, social distancing and all the rest have done infinitely more harm to most people than any number of illnesses combined.

Renamed (made-in-the-USA) covid, it’s a vehicle for transforming free societies into totalitarian ones — complementing what’s gone on up to now following the US state-sponsored 9/11 mother of all false flags.

What’s happening and hardening is what no one yearning to breathe free should accept.

But it’s going on and advancing, supported by Big Media.

It includes a diabolical scheme to silence dissent by eliminating truth-telling divergence from the falsified official narrative.

October 2001 Patriot Act legislation trampled on them by greatly eroding the First, Fourth, Fifth, Sixth, 8th and 14th Bill of Rights amendments to the US Constitution.

Their stimulus plan calls for nationwide mass-vaxxing with high-risk, experimental, DNA-altering, hazardous to health mRNA vaccines that provide no protection and likely harm to countless numbers of people if taken as directed.

What’s planned includes issuance of digital vaccine passports — an unacceptable Big Brother intrusion into and for control over our lives.

Will they be required ahead for air travel and free movement, along with access to employment, education, and other public places?

Will daily lives and routines no longer be possible without proof of covid immunity — not gotten from vaxxing?

Will what was inconceivable not long ago become reality ahead by what Biden/Harris and likeminded US hardliners have in mind?

Is the scheme a diabolical depopulation plot to eliminate maximum numbers of what Henry Kissinger once called “useless eaters” — in the US and worldwide?

A so-called US Vaccination Credential Initiative (VCI) was established.

VCI calls itself “a coalition of public and private partners committed to empowering individuals with digital access to their vaccination records (sic).”

It’s part of a diabolical, deep state, Great Reset plot for draconian control over our lives — for ill, not good, to further erode and eliminate fundamental freedoms.

Its aims are polar opposite the above mass deception.

It calls for digital access to health, vaxxing, and related information — for greater government intrusion into and control over our lives.

“Participating technology and other collaborating partners agree to support Vaccination Data Sources in issuing SMART Health Cards” — to aid diabolical aims sought by US dark forces at home and worldwide.

“Vaccine passports would create the backbone of an oppressive digital ID system and could easily lead to a health apartheid that’s incompatible with a free and democratic country,” adding:

“Digital IDs would lead to sensitive records spanning medical, work, travel, and biometric data about each and every one of us being held at the fingertips of authorities and state bureaucrats.”

“This dangerous plan would normalize identity checks, increase state control over law-abiding citizens, and create a honeypot for cybercriminals.”

BBW’s website warned about “(a) wave of emergency powers and extreme measures in response to (seasonal flu renamed covid that) brought about the greatest loss of liberty in (UK) history,” the US and other Western societies.

Vaccine passports are part of a diabolical plot to transform free societies into dystopian ones on the phony pretext of protecting our health and well-being that’s greatly harmed by what’s going on and planned.