What Does the Bill and Melinda Gates Foundation Want? 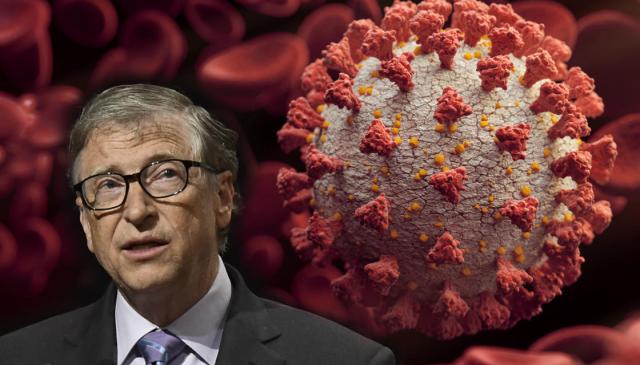 There’s an interview of Bill Gates in which Gates reveals more than he might have intended. Rosemary Frei details many of the Orwellian aspects of Gates’ plans. In particular, consider these comments by Gates from disparate parts of the interview:

It’s [Covid19] quite infectious, way more infectious than MERS or SARS were. It’s not as fatal as they were ….. Nothing like this has ever happened to the economy in our lifetimes. But money — ya know — bringing the economy back and doing money — that’s more of a reversible thing than bringing people back to life. So we’re going to take the pain in the economic dimension — huge pain — in order to minimize the pain in the disease and death dimensions.

Gates is misleading. To admit that Covid19 is “not as fatal” as MERS or SARS is to state that it is less virulent — that the clinical symptoms are not as serious. “More infectious” only means more transmissible, which says nothing about the presence or absence of illness symptoms. So, what is arguably nothing more than a bad flu season is being used to justify the crashing of the economy. Who, exactly, is the “we” in Gates’ “We’re going to take the pain in the economic dimension”? Certainly not billionaire Gates. And wouldn’t “We’re going to…..” indicate that he was involved in the lockdown decision?

Out in the land, countless millions of Americans are seeing their lives put to a ruin beyond salvage. Thousands of small businesses — a life’s work for many — will not survive. In Spring of 2016, mainstream media was reporting that 40% of Americans were unable to come up with $400 to cover an emergency situation. Such a lack of financial cushion is to be barely above outright poverty. Imagine their terror now that their meager income has been further diminished by the lockdown. Gates, a tech genius, either does not comprehend the level of tragedy he advocates, or he does not care. It is no secret that extreme dread, when prolonged, is disastrous to one’s health.

Without detailed research one could not prove that many more Americans will die as a result of the lockdown than of Covid-19, but considering the countless ripple effects throughout the many interdependencies within a complex civilization, reason and experience lead one quickly to that conclusion. There will be mass anxiety, depression, seeking the respite from pain provided by alcohol, frayed nerves leading to violence, and sheer desperation driving many to consider crime in a last ditch effort to hold body and soul together.

Within the interview, Gates drops a bomb: “Eventually, what we’ll have to have is certificates of who’s a recovered person, who’s a vaccinated person, because you don’t want people moving around the world, where you have some countries that won’t have a control sadly.” What kind of “certificates”? What he actually has in mind may be revealed in a report of this past December that the Bill and Melinda Gates Foundation was funding research at MIT in the development of a “Tattoo ID”, to be injected with vaccinations and available for anonymous detection. In time, the failure to have the appropriate identifying tattoo for any given year, and for any given virus officially declared dangerous, would most certainly be used to control individual freedom of movement. This should trigger every thinking person’s attention, particularly as it is reported that Gates refused to have his own children vaccinated.

Ernst Wolff is a German journalist focused on international finance and its ramifications. His March 20, 2020 interview (Here posted March 30 with English subtitles) is worth viewing. He reports that funding and control for the World Health Organization (WHO) began a shift in the 1970s from nation states to the pharmaceutical industry and private foundations. In time, major support was coming from the Bill and Melinda Gates Foundation. Now, Gates’ power within the WHO is unmatched, having given him the status akin to that of a head of state, not only at the WHO, but also at the G20, a collective of world leaders concerned with issues of global importance. At the same time, it is startling that Event201, a “pandemic exercise” hosted by the World Economic Forum and the Bill and Melinda Gates Foundation, took place a scant four months before the Covid19 outbreak and the lockdown decision.

The fact that Gates acknowledged that Covid19 is not as virulent as other viruses of recent history is by itself reason to view the extreme move of economic lockdown, and the isolation of individuals, with suspicion, as is the absence on mainstream media of the voices of dissenting epidemiologists of impeccable reputation. There is also the Coalition for Epidemic Preparedness Innovations, of which the Bill and Melinda Gates Foundation is an “investor and partner”. Its mission: “to stimulate and accelerate the development of vaccines against emerging infectious diseases and enable access to these vaccines for people during outbreaks.”

Bill Gates, with a personal fortune nearly a tenth of a trillion dollars, has placed himself at the forefront of decision-making regarding viral epidemics. His stated interest is the production of vaccines. With a world induced to his way of thinking, the stage is set for acceptance of annual mass vaccinations, a situation that would insure profits for the pharmaceutical industry that are not only astronomical, but also certain to be perpetual. In any given year, a new viral “strain” could, as with Covid19, be given a catchy title, and its death statistics, whether genuine or forged, drilled by media to instill mass dread. In certain situations, vaccination might be made mandatory — in the interest of humanity, of course. In any event, when WHO speaks, it is Bill Gates’ voice, and the interests of the Bill and Melinda Gates Foundation, that are being heard.