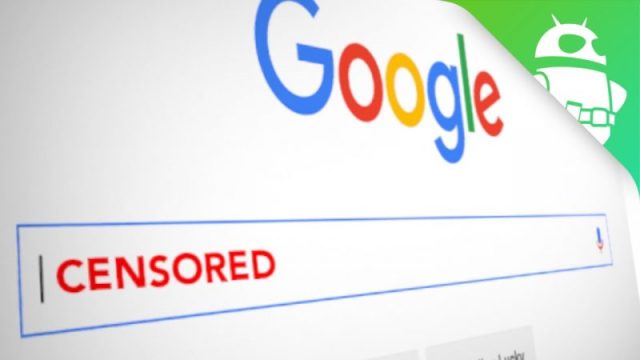 The year 2018 has opened with an international campaign to censor the Internet. Throughout the world, technology giants are responding to the political demands of governments by cracking down on freedom of speech, which is inscribed in the US Bill of Rights, the European Convention on Human Rights, and countless international agreements.

Bloomberg, the financial news service, published a blog post titled “Welcome to 2018, the Year of Censored Social Media,” which began with the observation, “This year, don’t count on the social networks to provide its core service: an uncensored platform for every imaginable view. The censorship has already begun, and it’ll only get heavier.”

Developments over the past week include:

These moves come in the wake of the decision by the Trump administration to abolish net neutrality, giving technology companies license to censor and block access to websites and services.

In August, the World Socialist Web Site first reported that Google was censoring left-wing, anti-war, and progressive websites. When it implemented changes to its search algorithms, Google claimed they were politically neutral, aimed only at elevating “more authoritative content” and demoting “blatantly misleading, low quality, offensive or downright false information.”

Now, no one can claim that the major technology giants are not carrying out a widespread and systematic campaign of online censorship, in close and active coordination with powerful states and intelligence agencies.

In the five months since the WSWS released its findings, Google’s censorship of left-wing, anti-war, and progressive web sites has only intensified.

Even though the World Socialist Web Site‘s readership from direct entries and other websites has increased, Google’s effort to isolate the WSWS through the systematic removal of its articles from search results has continued to depress its search traffic. Search traffic to the WSWS, which fell more than any other left-wing site, has continued to trend down, with a total reduction of 75 percent, compared to a 67 percent decline in August.

In its statement to commemorate the beginning of the new year, the World Socialist Web Site noted, “The year 2018—the bicentenary of Marx’s birth—will be characterized, above all, by an immense intensification of… class conflict around the world.” This prediction has been confirmed in the form of mass demonstrations in Iran, the wildcat strike by auto workers in Romania and growing labour militancy throughout Europe and the Middle East.

The ruling elites all over the world are meeting this resurgence of class struggle with an attempt to stifle and suppress freedom of expression on the Internet, under the false pretence of fighting “fake news” and “foreign propaganda.”

The effort to muzzle social opposition by the working class must be resisted.

The discussion will explore the political context of the efforts to censor the Internet and abolish net neutrality, examine the pretexts used to justify the suppression of free speech (i.e., “fake news”), and discuss political strategies to defend democratic rights. Hedges and North will also field questions from on-line listeners.

We urge all of our readers to register to participate in this immensely important discussion, and to help publicize it to friends and co-workers.

The webinar will be streamed live by the WSWS on YouTube and Facebook on Tuesday, January 16 at 7:00 pm ( EST). For more information, time zone conversions and to register, click here.

To fight this blacklisting:
Share this article with friends and coworkers