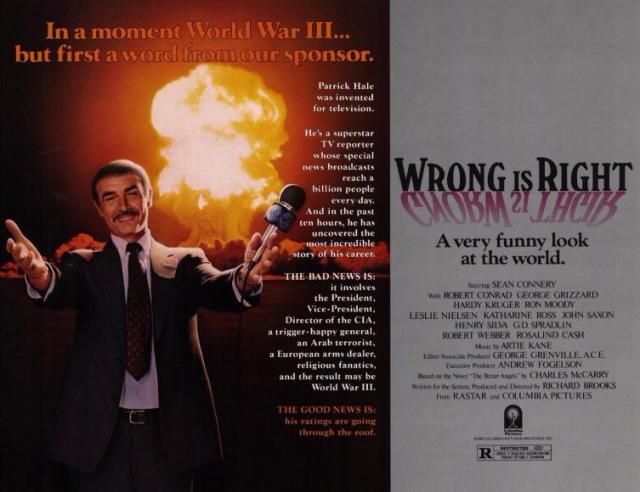 “Wrong is Right” (1982) is a prescient political satire directed by Richard Brooks and based on the novel by ”The Better Angels” by Charles McCarry. Sean Connery stars as Patrick Hale, a slick television journalist who becomes embroiled in a conspiracy after traveling to the Middle East to interview a prominent member of Arab royalty. Powerful factions involved include the American president (George Grizzard), a terrorist group, the CIA, and a high-powered arms dealer among others who collectively make the situation increasingly volatile.